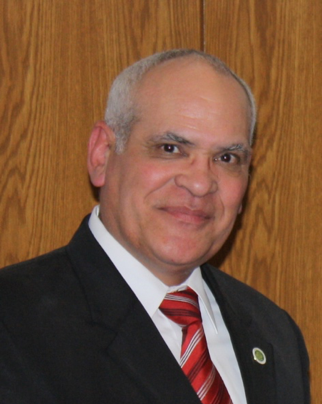 At its annual conference in November, the California College Facility Coalition (CCFC) presented its Paul Holmes Facilities Leadership Achievement Award to Jose Nuñez, Vice Chancellor of Facilities Planning, Maintenance & Operations. The award is given each year to a state community college facilities leader who demonstrates a commitment and dedication to the organization’s mission and vision of enhancing facilities for the students of California’s community colleges.

In the awards presentation, Nuñez was recognized by his peers for his accomplishments at the District as well as his impact across the state. They cited his mentorship of many successful community college facilities professionals, his support of talent within his own organization, and for creating networks for sharing and problem-solving across districts. According to CCFC, Nuñez was the first to utilize the design-build project delivery method in Northern California and has been a leader in sustainability and the COVID-19 response.

The District’s Facilities Planning, Maintenance and Operations team operates under a “Facilities Excellence” philosophy, and colleagues across the District are familiar with his “Team Work  =  One Team!” mantra.

Nuñez served 22 years with the U.S. Army, retiring as a major.  During his military career, Major Nuñez served in numerous infantry and foreign assignments around the world.